When we say “Union is Strength,” we mean that there is power in numbers. When people work together towards a common goal, they can achieve more than they could if they were working alone. This is because each person brings their own skills and abilities to the group, and together they can accomplish things that none of them could do on their own.

Union is strength is also an important concept in business. When a group of people come together and work together towards a common goal, they are much more likely to be successful than if each person was working on their own.

So, what do you mean by “Union is Strength“? Union is strength is the idea that when people work together, they can accomplish more than they could on their own. This proverb can be applied to many different areas of life, from lifting heavy objects to running a successful business.

Here are some Union is Strength short story in English: 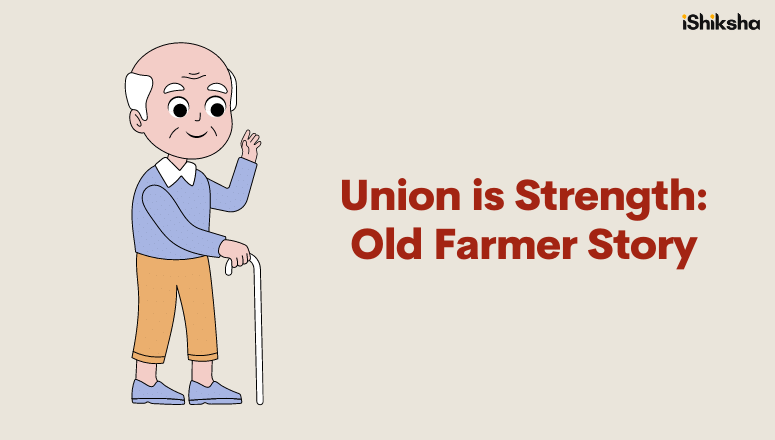 He took four sticks and tied them together. Then he asked his sons to break the bundle of sticks. They all tried, but they couldn’t do it. The old man then untied the bundle and gave each son a stick. Again, he asked them to break the sticks. This time, they all succeeded.

The sons understood what their father was trying to tell them. From that day onwards, they stopped quarreling and got along with each other. They became a strong and united family.

Once upon a time, there was a small village that was constantly being attacked by a neighboring tribe. The villagers were weak and could not defend themselves. They had no choice but to surrender whenever the other tribe came to attack.

One day, the village elder had a dream in which he was told that the only way to protect the village was to unite the villagers. He shared his dream with the other villagers, and they decided to try it.

They built a strong wall around the village and posted guards at the entrances. They also decided to train the villagers in self-defense.

The next time the neighboring tribe came to attack, they were met with a strong defense. The villagers were able to fight back and eventually drive the other tribe away.

The villagers learned that if they are united and then they are strong. They continued to work together and prospered. 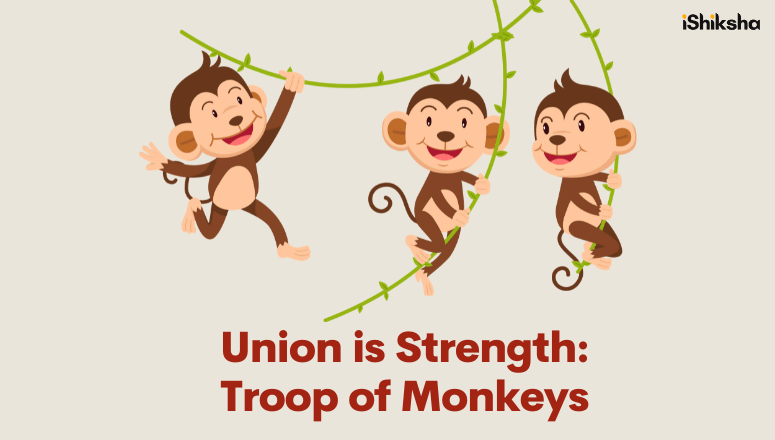 Once, a troop of monkeys lived on one side of a river. Every day, they would swing from tree to tree, searching for food. One day, they came to the edge of the river and saw a delicious bunch of bananas on the other side.

The monkeys tried to figure out a way to get to the other side, but the river was too wide for them to swim across. They thought and thought, but they couldn’t come up with a solution.

Finally, one of the monkeys had an idea. The monkey suggested that they all hold hands and form a long chain, with each monkey holding on to the tail of the monkey in front of them. . That way, they could cross the river without getting swept away by the current.

The other monkeys liked this idea, and so they all held hands. The first monkey stepped into the river, and the rest of the troop followed. They managed to make it to the other side without getting swept away and enjoyed the delicious bananas.

This story teaches us that union is strength. When we work together, we can achieve anything.

What is An Autonomous College & How It Works

Conversation Between Teacher and Student in English