Who Gets Gold Medal In University In India?

In India, the prestigious gold medal for university graduation goes to the top student in the class. The holder of this distinction is typically someone who has achieved the highest academic standing and shown exemplary conduct and leadership both on and off-campus.

Who Gets Gold Medal In University?

The conferral of a gold medal is considered one of the highest honors that a university can bestow on a student. The medal is typically made of gold or sterling silver and carries a monetary award with it.

The tradition of awarding a gold medal to the top student in university began in the United Kingdom in the early 1800s. It soon became popular in other countries as well, including India. Today, gold medals are awarded at universities all around the world.

So, who gets the gold medal in university in India? The answer is the student who has achieved the highest academic standing and shown exemplary conduct and leadership both on and off-campus.

Criteria of getting a Gold Medal In University in India:

(1) Achieving the highest academic standing and showing exemplary conduct and leadership both on and off-campus.

(2) Achievement of the Highest GPA in the Graduating Class. This criterion is implemented generally by Universities, but some universities also consider student participation in co-curricular activities or general body meetings, etc., as an eligibility criterion.

(3) Standing first in the order of merit in the examination at the graduate or postgraduate level.

(4) Educated Researcher has an outstanding contribution towards research work which can be initially considered one of the criteria for awarding gold medals to students.

(5) To win the National/International Award, which is considered an outstanding achievement by universities and can be used as an initial criterion for awarding a gold medal to brilliant students.

In some Indian universities, there’s a provision for awarding gold medals to brilliant students who maintain an excellent academic record and contribute immensely towards the development of the department and college community at large through extra-curricular activities.

The gold medal winners are also paid by the universities in some cases for outstanding performance to strengthen their career and stature outside the college.

According to the University of Delhi:

“The Medal shall be awarded to the candidate adjudged for general proficiency including character, conduct, and excellence in academic performance extra activities, and social services. “

So, You can say that the holder of a gold medal in a university in India is someone who has achieved the highest academic standing and shown exemplary conduct and leadership both on and off-campus.

It has been proved that to be a gold medalist, you have to follow specific criteria based on your performance throughout your academic journey. You need to maintain a high GPA, excellent conduct, and required leadership skills inside and outside the university premises.

So if you want to be a gold medalist in any field or faculty, go ahead and follow this criterion to attain success. 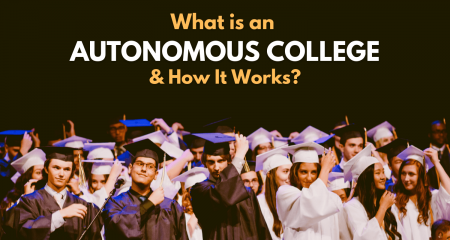 What is An Autonomous College & How It Works 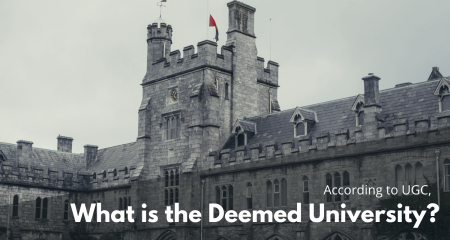 What is the Deemed University According to UGC?

How To Avoid Sleep During Online Class?

How To Write An Application To The Principal?

What is an Online Proctored Exam?

What is Voice Process Job?