Top 10 Foreign Languages in Demand in India for Students

In India, the demand for foreign languages is higher than ever. Many students are looking to study abroad to improve their skills. Studying abroad has many benefits, including gaining access to a different culture and learning a new language. This article will talk about the top foreign languages in demand in India for students.

For Indian students, learning foreign languages is important to get better job prospects and increase the chances of being accepted into foreign universities.

Learning a foreign language will also help you get better jobs. It will increase your chances of being hired by companies worldwide, improve your self-confidence, improve your career growth, and help you communicate with people who speak a different language.

There are many ways to learn a language, and most of these require a lot of practice. Learning a language from a book alone isn’t very effective, but if you want to be fluent in a language, you need to practice it regularly.

10 Foreign Languages in Demand in India for Students 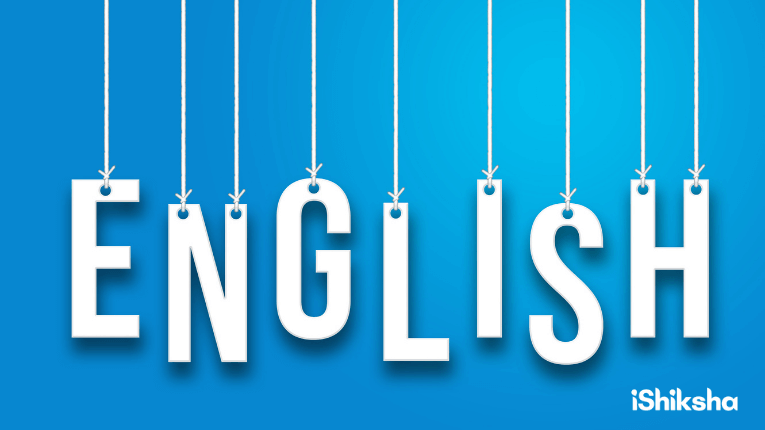 The most popular language in the world today is English. Many schools in India require students to take English classes as a prerequisite for other classes. Additionally, many businesses and institutions in India require employees to speak English.

While English is the most commonly spoken language in India, it is also the most difficult for Indians to learn because there are many dialects of the language spoken in India.

Indian students who wish to study abroad must learn to speak English fluently if they wish to study in any country where English is the official language. Some of the more popular countries for international students to study in are Canada, the United States, Australia, New Zealand, and the United Kingdom.

Students who study English in India can prepare for their future careers by learning to speak the language to make them successful in business, medicine, law, and other fields.

Español or Spanish is a widely spoken language in India and is often considered as one of the foreign languages in demand in India for students. The Spanish language is the second most-spoken language in the world. It is used in many countries worldwide, including in Latin America, Spain, and Mexico. Spanish is a Romance language, which is derived from Latin.

The languages Spanish and English derive from the same language, Latin. They also have a lot in common when it comes to grammar, vocabulary, and pronunciation.

Therefore, learning Spanish in India is not very difficult because you will be able to learn the language easily. Spain has a long history and has played an important role in European history.

The Spanish language is well respected in other parts of the world. Spanish is a beautiful language, and its grammar is easy to learn. If you want to study Spanish in India, it is a great idea to do so. 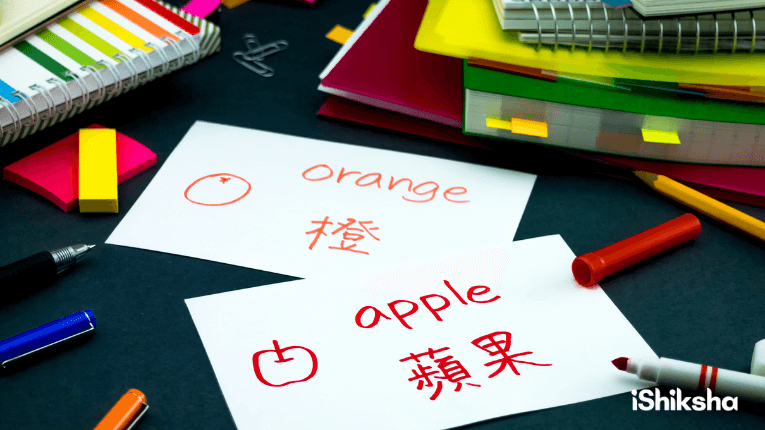 Mandarin is the official language of the People’s Republic of China and is spoken by over a billion people. It is a tonal language, meaning that the tones of words can differ greatly from one another. Mandarin is one of the most demanding foreign languages in India for students.

The tones can also change depending on the person who is speaking. Because of this, it is very important to learn the correct tone with each word when you speak Mandarin.

The tones of Mandarin can be quite confusing at first. However, with a little practice, you will be able to distinguish between the different tones and use them correctly.

Mandarin is an extremely difficult language to learn. The grammar is very complex, and learning how to write it correctly takes time. In addition, the tones of the language are complex and can be very confusing to people who are learning it for the first time.

Mandarin is hard to master, but it is worth the effort. If you are looking to get a job in China or other parts of Asia, speaking and writing Mandarin will greatly benefit your career.

Japanese is a difficult language to learn, but it is a popular language in India for students. It is used in various fields, such as business, journalism, and education.

It is important to note that Japanese has two major dialects: Northern and Southern. Each has its own set of rules, vocabulary, and grammar.

Japanese is one of the most difficult languages to master. Still, the good news is that it is relatively easy to learn once you have a basic understanding of its pronunciation. Japanese is a language of Japan and the Ryukyu Islands. Its speakers are known as the Japanese people. Japanese is a member of the Japonic family of languages. Japanese is written using a combination of three scripts: kanji, hiragana, and katakana. 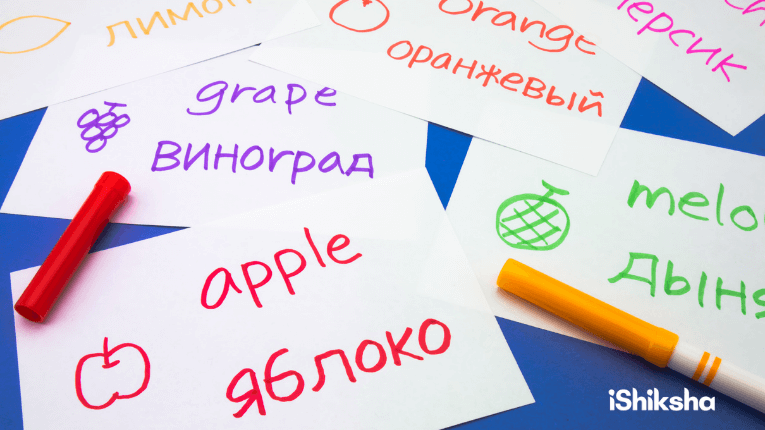 Russian is the most-spoken Slavic language, with over 258 million speakers. It is the most widely spoken language in Europe and the official language of Russia, Belarus, Kazakhstan, and Kyrgyzstan. It is also spoken as a second language in many other countries.

Russian is a difficult language to learn and requires extensive practice. It is one of the most complex languages in the world.

The popularity of Russian among students in India has increased significantly in the last few years. To master the language, a student needs to understand complex sentences, read and write a variety of short and long texts, converse fluently, and use vocabulary and grammar correctly. Good knowledge of Russian will open up many doors for you in the global economy.

The Italian language is a Romance language spoken by millions of people worldwide. It is the official language of Italy and some parts of Switzerland and Liechtenstein, and it is the fourth most widely spoken language in the world.

The number of students opting for the Italian language in India has risen. The best option for those who want to pursue their higher education in Italian is to enroll in an Italian institute in India. 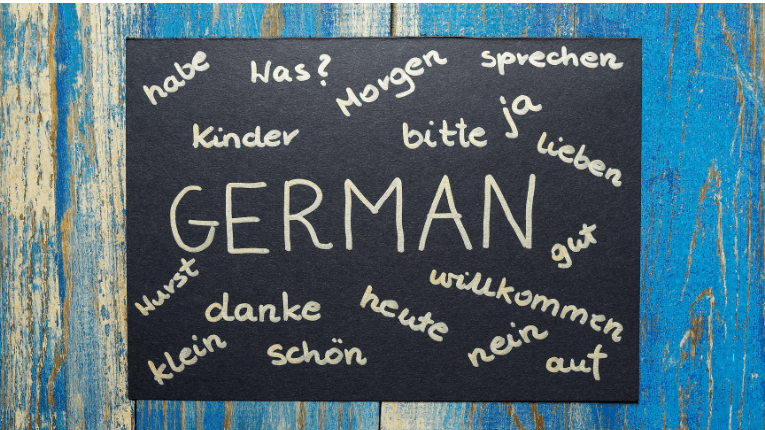 German is a modern language spoken by more than 95 million people worldwide. Its official language of Germany, Austria, Belgium, and Switzerland. This language influences many other languages and is one of the most important languages of Europe. It has a rich history and culture.

For Indian students, German is a difficult language as it has complicated grammar and syntax. But if you have a good command of English, you can easily learn the German language. If you are planning to study abroad, German will be a great option for you.

Germany has immense potential in terms of tourism and education. The education system of Germany is well-structured with the help of the best universities. Germany has a rich cultural heritage and diverse culture.

The German language is one of the most difficult languages in Europe. It is a Germanic language and belongs to the West Germanic branch of the Indo-European language family. There are three main dialects of German: Northern, Southern, and Central. In terms of pronunciation, the most widely spoken dialect is Standard German, which is based on the High German dialect of the Northern region.

If you want to learn German from scratch, you need to learn it from the roots. As German has very complex grammar, you will have to practice it thoroughly.

Dutch is a West Germanic language spoken by around 23 million people in the Netherlands, Belgium, Suriname, and the United States. It is the fourth most spoken language in the European Union. Dutch is a largely synthetic language, made up of many borrowings from other languages.

Dutch is an easy language for beginners to learn and is known for its similarity to English. Dutch is also one of the official languages in the European Union and can be learned by students who want to travel abroad and live in Europe. This foreign language has some interesting vocabulary and grammar rules.

Dutch has a lot of words in common with English, and it is relatively easy to learn the language. It is a very easy language to learn and is not that difficult for the students who have studied English.

The native speakers of this language speak Dutch as their first language. This is the best language for those students who want to study abroad and live in the Netherlands or other parts of Europe.

It is a good language for students who want to study in Europe. This is also one of the best languages to learn if you want to travel and live in the United States. Many companies and organizations in the United States hire people who know Dutch. The language has also been included in many foreign languages courses in India and other countries. 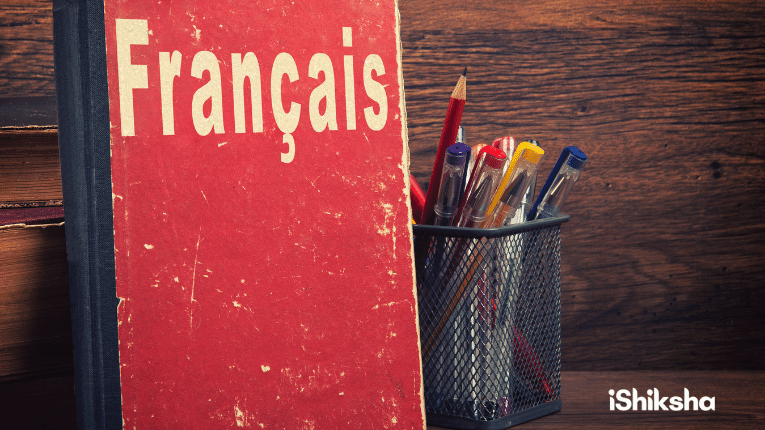 French is a Romance language spoken in many parts of the world. It is the official language of 22 countries, including Belgium, Canada, Switzerland, and Luxembourg. French is also the second most spoken language in the United States after English.

It is spoken by more than 76.8 million people across the globe. French is also one of the most popular foreign languages among students in India.

It’s in demand in various fields such as business, science, engineering, medicine, law, arts, and tourism. According to the University Grants Commission (UGC) statistics, more than 2.5 lakh students have studied French in India.

French is a language that is spoken by several people in the world. It can be used to communicate with people from different backgrounds. The study of French will help you learn many things. It will give you an opportunity to expand your knowledge and experience.

You can explore France’s history and culture and interact with people from different countries with the French language. You can even speak with them fluently.

French is also an easy language to learn. French is a language that has a lot of vocabulary. If you have a good command of English, it will be easier for you to learn French.

Swahili is a Bantu language spoken by about 150 million people in Africa, the Middle East, and parts of Asia. It is the first language of many African immigrants to India and is also spoken by some Indian immigrants in Africa.

In India, the language is spoken mainly in the states of Karnataka, Maharashtra, and Andhra Pradesh. There are three main dialects of Swahili spoken in India: Kiswahili – The official language of Tanzania, Kenya, and Uganda. Kinyarwanda – Used in Rwanda. Kiswahili – Commonly used in India.

Swahili is not so easy to master because of its complex grammar. Swahili is written with a Latin alphabet. However, it has many different grammatical structures that make it hard for people unfamiliar with the language to learn quickly.

In today’s world, where globalization is the order of the day, it’s vital to know a foreign language. A good foreign language is a great asset that can make you stand out in the job market.

Some of the languages mentioned above are spoken in more than one country. For example, German is spoken in many countries such as Germany, Austria, Switzerland, and the Netherlands. There are more than 95 million people who speak German.

So, if you want to study abroad, it’s important to know at least one of the languages mentioned above.

Bio Sketch Format | How to Write a Biographical Sketch?

How to Introduce Yourself in College/School [With Examples]